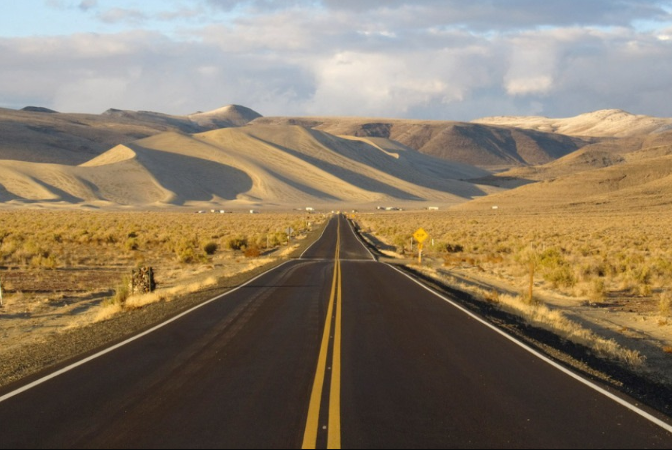 A highway is a road that connects an area with another region, the road is usually in the form of a wide and asphalt to facilitate travel, because of the importance of the highway, in all countries must have a highway, some are short distances, some are even hundreds of kilometers away. Here is the longest highway in the world.

The highway, which is located in Canada, is the main highway in Canada and is included in the longest highway in the world. The construction of this highway was planned in 1949 by the Trans-Canda Highway Act and began in 1950. Saskatchewan was the first province to complete its part of the work done in 1957.

On September 3, 1962 this highway was officially completed, but motorists were able to drive the entire route in 1965, and construction continued on various locations until 1971

The road extending from west to east between the Pacific and the Atlantic coast has a length of 7,821 kilometers between Victoria (Vancouver Island, British Columbia) and St. John’s (Newfoundland, Newfoundland and Labrador), Trans Canada also passes 10 provinces that connect many cities in the country .

The highway which is located in Russia stretches so big and long, and has a length of about 11,000 kilometers, Trans Siberian stretches from all corners of the country in Russia, from St. Petersburg to Vladivistok or from the Baltic Sea in the Atlantic to the Pacific Ocean which most of the roads were built by inmate

Highway 1 in Australia is an access road that passes through all the state capitals in the country, this Australian Highway has a length of about 14,484 km. Through this route a number of transportation accesses on the continent are utilized by most Australians.

This construction began in 1955 with initial approval from various parts of Australia, various regions poured funds to build this road, even the Queensland federal government spent 75 million Australian dollars to build this path.

Pan-American Highway is one of the longest highways that connects North America and South America, in 1923 this road was a single route with a length of about 5,390 kilometers from Nuevo Laredo, Mexico to Panama City, the road that passes through Mexico was built entirely by Mexico Meanwhile, in other parts of Central America, road construction received funding from the United States, then the Pan-American Highway increasingly developed into a highway connecting the country and two regions on the American continent.

Many other countries participated in the construction of this road to facilitate land transportation. Finally, this road stretches from Alaska, Canada to Chile, Argentina and Brazil, this road has a length of about 48,000 kilometers